Today, I decided to test the revolver at 20 yards to see what it could do. 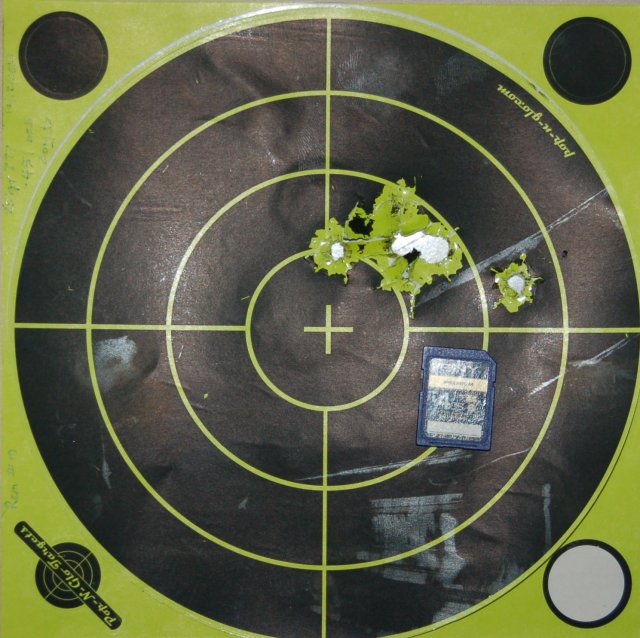 This was with the butt resting on a sandbag and a two handed hold.

At this point, I'm a little incredulous. This has got to be a fluke.
So I loaded up another cylinder and tried it again.

Obviously the flyers are me flinching or something.
The gun itself is amazingly accurate. It's acting like a damn rifle and not a handgun.

So I think I'm having a real good day at the range.
I pulled out my Ruger LC9 and took up the same position at 20 yards. The groups are so embarrassing that I won't bother posting them here.
This $200 revolver is blowing away SIGs, CZs, Tanfoglios and Rugers. What the ....expletive?
“Never give in, never give in, never; never; never; never – in nothing, great or small, large or petty – never give in except to convictions of honor and good sense” — Winston Churchill, Oct 29, 1941
Top

The underdog of today is the champ of yore showing its true mettle. I d say good shooting as well but just the love of old wheel guns would make me give equal credit to the gun . Super stuff ....
I dont dial 911... I dial .357
Top

Mark that's a wonderful revolver you have

Amazing results at 60 feet - wow! Nice shooting xl_target!
When guns are outlawed, only outlaws will have guns!
Top

Thanks CK. I'm really enjoying this foray into black powder.

Don't buy a 1851 until you've seen the 1862 police revolver. Talk about cute!
"What if he had no knife? In that case he would not be a good bushman so there is no need to consider the possibility." H.A. Lindsay, 1947
Top