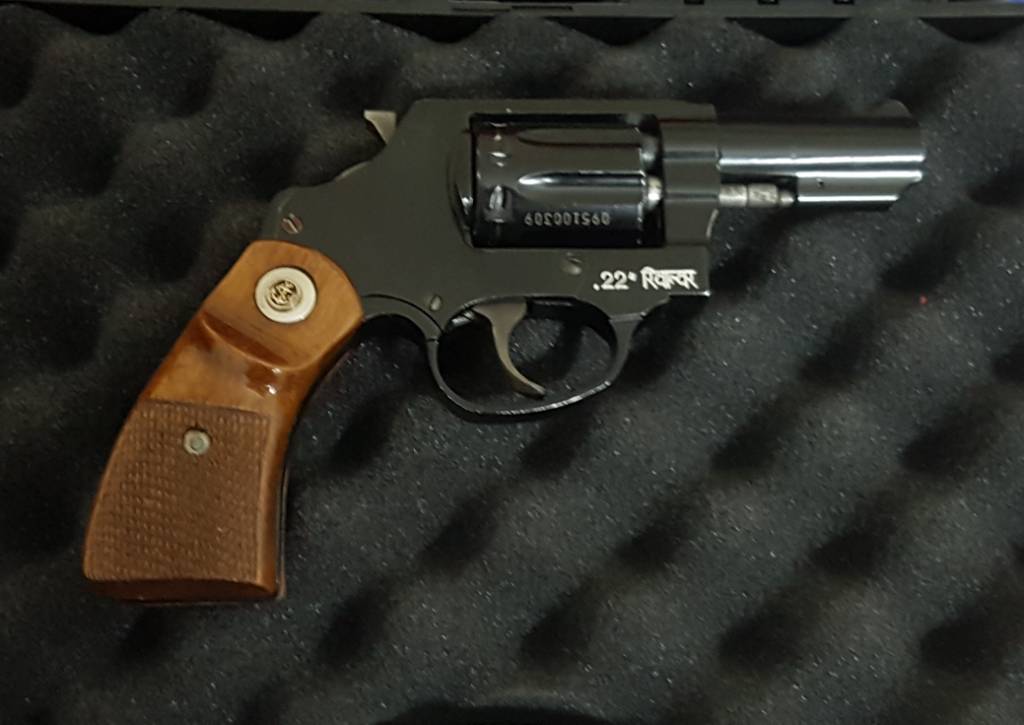 Sent from my SM-G935F using Tapatalk

dheeraj_1772
On the way to nirvana

Sent from my SM-G935F using Tapatalk

dbsc28
Fresh on the boat

Got them made through someone. Walnut wood.

dbsc28 wrote:Sec 99 IPC "Extent to which the right may be exercised. - The right of private defence in no case extends to the inflicting of more harm than it is necessary to inflict for the purpose of defence."

The point which i am trying to make is that your chances of getting legal benefit of right to self defence go up substantially if you have only injured the person and not killed him. If you kill and the judge feels that the situation did not warrant deadly force than you are surely going to spend time in jail.

Sent from my SM-T705 using Tapatalk

Agree with this point. The reason being to avail the benefit of IPC 100, the accused needs to prove 'reasonable apprehension of danger'. The proof of which would generally be arms recovered from the deceased party, grievous injury to the accused etc.

In cases where the accused appears to have exceeded the right of self defence eg., shooting at an unarmed assailant, use of a fire arm to kill the assailant wherein the assailant may have been stopped by injuring him etc, the accused loses his plea of defence under the exception and will be convicted.

A smaller caliber used to injure the assailant would enable the accused to avail benefit under Right to private defense under IPC as against unwarranted killing which may attract conviction.
"A gun is a tool, Marian. No better, no worse than any other tool. An axe, a shovel, or anything. A gun is as good or as bad as the man using it."
Top

[email protected]
Fresh on the boat

Self protection is hard pressed with many factors governing reality.
When a determined criminal is going at anyone with a weapon such as iron rod or sharp bladed weapon and rushing full speed, we will not be thinking about the sections of law. But, we need to stop tje attack. And to do that, we need to shoot hard and fast below the waist anywhere in the legs. Sorry to say this, a normal short or LR 22 in the legs will not stop a determined and brave attacker. Rather it will make him more aggressive, more courageous and determined even though he is facing grave danger.
A 32 will crush a larger area of tissue, or smash even a thigh bone, the femur, if in direct contact. This is enough to completely halt an attack.
With a 22, nothing less than a shot to the head, eyes, heart or knee, will be enough to stop an attacker.
Respect to all. I am training my mind for a hard reality and taking no chances
Top

Studying IOF revolvers lately, I came upon this thread and found myself sharply disagreeing with most of what is posted here. The exception is, of course, goodboy_mentor's comments about the legality of self-defense.

However, my comments address the reason and rationale of self-defense.

If the goal of using a wapon is to incapacitate an attacker, one must first accept the idea that this must take place in the quickest possible timeframe. If a length of time is available to consider what to do or to take precise aim at a small target, such as a knee or a naval, then someone might well ask why other reactions could not be implemented, instead of a resort to the use of a weapon.

Even experts in self-defense with a firearm teach aiming at the largest target possible. When under immediate duress, in fear for one's life, and even with practice (as opposed to someone with very little practice, which makes this point even more critical), aiming at the largest target available makes the most sense and is the time-proven method of achieving the goal of the exercise: to defend one's self.

It is a convenient thing, that the largest target is also the most likely to incapacitate an attacker in time-critical circumstances where a reflexive response is called for: the heart-lung area of the torso. As was pointed out in this thread, being gut-shot or, even more so, hit in the leg (a relatively small target to hit!) is not so likely to incapacitate an attacker immediately, especially when the distance between the victim and attacker is small. It makes sense to shoot at the target that's easiest to hit and the one which is most likely to incapacitate in the shortest possible time, which, for our purposes, is handily the same: the heart-lung area.

It is true that a head shot offers the possibility of the quickest incapacitation of an attacker. But, the head shot is a small target, often in motion more than the torso, and it is "armor plated" regarding its vital area. (Note here, that an incapacitating shot to the entire head may not be incapacitating -- only a hit in the upper half, which is the most heavily protected area, has the possibility of being incapacitating.) Furthermore, we are talking about the use of 32 Auto, 32 S&W Long, or 22 LR here -- all three are very limited rounds in power, and especially so with the 22 LR. These rounds are much less likely to penetrate the "armor" of the skull than, say, 9mm or 357 Magnum are.

I offer up questions here:

1. Where is a hunter, even when having the luxury of time and surprise, most likely to aim when seeking to take game, especially large game, and even more especially dangerous large game? Answer: the heart-lung shot.

2. Have you really tried to assess your capabilities with a firearm honestly? As Humphrey Bogart once said, there are so many people who think that "a gat in the hand means the world by the tail." Have you tried this? Have you actually tried to place hits in a target under a minimal time constraint? (Not to mention, when under the duress of a life-threatening attack.) If you have not even tried this, much less practiced at it, YOU ARE ONLY FOOLING YOURSELF! I pray that the ultimate joke isn't on you. If you haven't even tried this; if your judgment of your skills is derived from reading a book or from your own imagination, you are on very dangerous ground when picking up a weapon and deciding to shoot, but only incapacitate or scare someone off.

Here, I'm not talking about if you do one thing you will fail, and if you do another, you will succeed. Few things in life are so simple! What I'm saying is that, in the random number of ways each random number of sequences can play out, your best probability of success is to aim for the heart-lung area with the purpose of the ultimate form of incapacitation.

Of all people, the easiest one to lie to, to convince of some crack-pot notion, is ourself. This is a danger we must guard against in so many areas of our lives. We need to recognize our strong points, advantages, weak points, and lack of ability (for any number of reasons) as clearly as we can, and this is nowhere more critical than when we pick up a firearm to defend ourselves. Unlike words, bullets cannot be retracted or apologized for. Once they leave the barrel, all control of them is totally out of our hands.

I'm not trying to engage in fruitless and non-productive internet argument here, which I despise for its negativity. I only wish to advise all of us, and myself firstly, to be knowledgable and prepared, when deciding to take up a firearm for self defense.
“The principle of self defense, even involving weapons and bloodshed, has never been condemned, even by Gandhi.” - Martin Luther King, Jr.

“When someone shows you who they are, believe them.” - Maya Angelou
Top
Post Reply
21 posts