Delhi doctor shot at farmhouse, shoots back in Self-Defence and survives!

A posts related to self defence/ home defence. Please post anything related to legal aspects in the 'Legal Eagle' section.
Post Reply
4 posts • Page 1 of 1

Delhi doctor shot at farmhouse, shoots back in Self-Defence and survives! 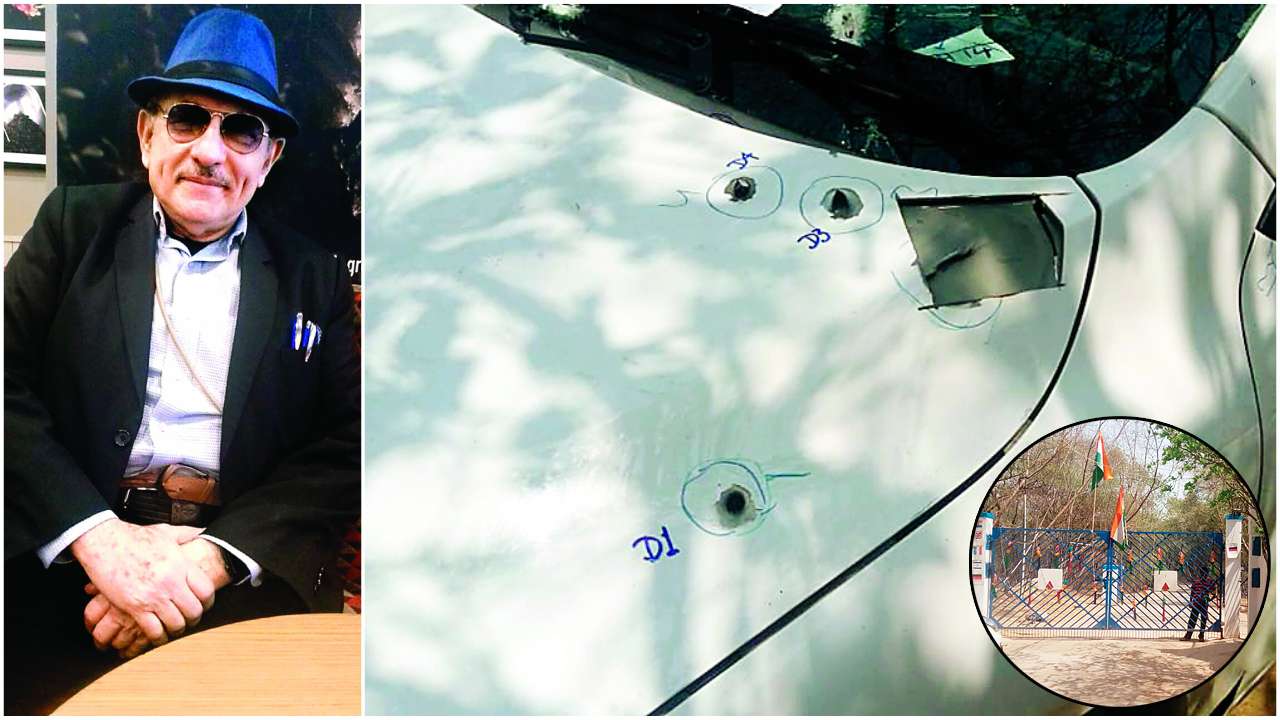 NEW DELHI: A 56-year-old doctor sustained serious injuries after he was shot four times by armed assailants outside his farmhouse in Gadaipur village in Fatehpur Beri area of south Delhi early on Sunday.

DCP (south) Romil Baaniya confirmed the incident and said that Dr Hans Nagar was attacked by around three to four men. A case under relevant sections of the IPC and the arms act has been registered for further investigation.


A preliminary probe has revealed that more than 30 rounds were fired by both the sides. Dr Nagar also fired 11 rounds from his licensed pistol in retaliation before being hit.
Top Comment
not even day has over after the death news of Singh brothers killed each other over property dispute & now this one of doctor.. Mk


The victim’s family has suspected that the gun fight is the fallout of an ongoing property feud between Nagar and his brothers John and Ron.


Cops recovered around 22 empty cartridges and 2 live rounds of 9mm and .32 bore from the spot.

Added in 15 minutes 54 seconds:
Also, the doctor (like most Indian legal firearm owners) seems to have not had much target practice.

I should add here the difficultly ordinary (legally) armed citizens face in accessing a shooting range, where they can safely & responsibly practice with their firearms. For example the SAI owned range in Delhi prohibits the use of any but ISSF type target model firearms at the range.

Where are ordinary citizens supposed to train with the use of their firearms?

The difference between life and death.....is owning a firearm and knowing how to use it.
When I did my firearms training in the US the first thing they asked me is "Why do you train to use a firearm?", the answer is "For defense, you shoot to Kill". Otherwise the other person will kill you

Nagar, in self-defence, used his licensed pistol to fire back at the criminals who were injured in the incident, however, they managed to flee. Nagar told the police that an ongoing property dispute among the brothers might be the reason behind the attack.

Dr Hans Nagar was returning home late on Saturday night to his farmhouse at Gadaipur in Fatehpur Beri when the incident took place. Nagar was on his way to his house in his white Kwid car. Before he could approach his house, Three-four persons were already standing in the jungle area. As he approached his house they opened fire on him.

He opened the first main gate of the farmhouse and was aproaching the second gate towards his residence's main complex when around the peopls fired at him. Nagar fired retaliatory shots.

"We received a call regarding the incident around 1:05 am. Nagar suspected his brothers identified as John and Ron and four other persons behind the planning of the attack. He said a long-standing property dispute between him and brothers over lands in Delhi and Gurgaon was the motive behind the attack," said Romil Baaniya, Deputy Commissioner of Police, South. Baaniya further stated that Nagar's condition is stated to be stable and he is consious.

Investigating officials revealed that the victim in retaliation also fired 12-13 rounds from his licensed pistol. Nagar also informed the police that 1-2 accused persons who fired at him were injured as well when he fired at them but they managed to escape. The police have also alerted hospitals in Delhi and NCR in case the accused persons approach them for treatment.

"Twenty-two empty cartridges and two live rounds of 9mm and 0.32 bore were recovered from the location. A case under sections of 307 (attempt to murder),120B ( punishment of criminal conspiracy), 34 (acts done by several persons in furtherance of common intention) of the Indian Penal Code (IPC) and section 25/27 Arms Act has been registered at the Fatehpur Beri police station," said Baaniya.

Nagar is married to a foreigner and has five children, two of whom are based abroad and three daughters live in the country.

Well done, that man. I hope no cases are registered against him for defending himself.
It ain’t over ’til it’s over! "Rocky,Rocky,Rocky....."
Top
Post Reply
4 posts • Page 1 of 1