There are many new members who may not know folks that have been around here for a while. I was cleaning my bookmarks today and came upon these photos, taken from a 2004 curio and relic shooting match. Yours truly entered with two rifles: a M39 Finnish Mosin Nagant, and a "Paratrooper" SKS. I thought I would include them here as a reintroduction to newer members.

As usual, these photos can be clicked to enlarge them a little bit. 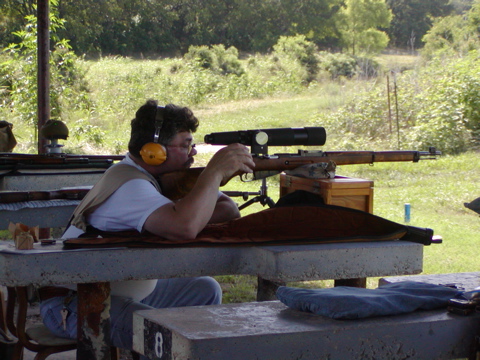 The Finn M39 was the last Finnish development of the Mosin Nagant rifle for Finnish forces. The Finns had a new country after World War 1 and did not have arsenal facilities that could supply their armed forces. So, they took an innovative approach: Firstly, they gathered up all of the rifles that had been in Tsarist arsenals. Then, they began buying and trading with other nations, such as Poland, Germany, and Austria for Mosin Nagant rifles that had been captured during the War.

(The two Tsarist armies at the opening battles of 1914 alone suffered ~300,000 killed and captured. It is said that the Germans needed 60 trains to transport the war materiel back to Germany after the Battle of Tannenberg alone. From this, it can be seen that the Germans had a lot of Mosin Nagant rifles!)

The Finns began using the M1891 Mosin Nagant as is. Lacking the ability to forge their own receivers and with limited barrel-making capacity, they began to modify the existing stock of Mosin Nagants, keeping the bolts and receivers, and adding new barrels (some made in Finland and others purchased abroad) and stocks.

Poland was in a similar situation, and while the Finns had adopted the Russian 7.62x54r service cartridge, the Poles standardized the 7.92x57 German round for military use. The Finns and Poles then swapped their acquisitions (including machine guns). (Note: the Poles did modify Mosin Nagant carbines to use 7.92x57 for cavalry service.)

The Finn M39 was the culmination of Finn service rifle development based on the Mosin Nagant action. Rifles were produced from 1939 to 1944, when the Winter War with the Soviet Union ended, and Finnish rifle manufacture ended.

For this sort of competition, the best rifle to choose was the Swiss K31 straight pull bolt action, long noted for its accuracy. Right along with the K31 was the Swedish M1896 Mauser in 6.5x55. Since the Finns had invested a lot of effort in developing the M39, especially in the area of stock design and bedding, an M39 was accurate as well, and considered the "poor man's choice" for a rifle in these shoots. 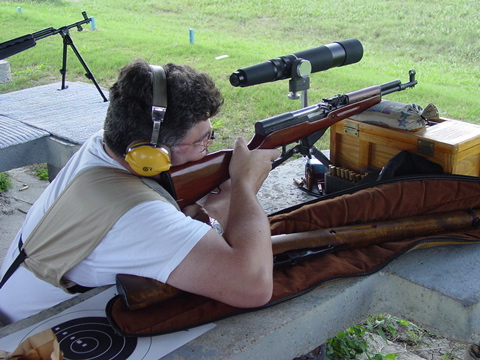 This SKS is a Chinese copy of the original Soviet rifle, modified by the US distributor by cutting off 4 inches of the 20 inch barrel and moving the sight base back to the gas block. These were advertised as "Paratrooper" models, although they were never originally made this way and were never issued to Chinese troops. These guns were strictly for export markets. Like all SKSs, mine is very sweet shooting, and exhibits fair accuracy. The stock is a soft wood that is crudely inletted, and the rifle would surely give a more accurate performance if it were placed in a better stock with good bedding.
“The principle of self defense, even involving weapons and bloodshed, has never been condemned, even by Gandhi.” - Martin Luther King, Jr.

prashantsingh
Poster of the Month - Aug 2011

Prashant Sir, it's good to see you, as well!
“The principle of self defense, even involving weapons and bloodshed, has never been condemned, even by Gandhi.” - Martin Luther King, Jr.

“When someone shows you who they are, believe them.” - Maya Angelou
Top
Post Reply
4 posts • Page 1 of 1