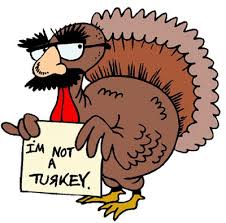 No, we are not talking about the feathered North America Gobbler.

I’m talking about the Democratic, Secular, Unitary, Constitutional Republic of Turkey. Turkey is a transcontinental country located in Western Asia and Southeastern Europe. It is a member of NATO, G20, among other international organizations and is in negotiation to be a member of the European Union. In the last few decades, Turkey has become a regional power. It has the 15th largest GDP-PPP in the world. It is an up and coming industrial power and produces a wide range of industrial and commercial products. Some of the projects being undertaken in Turkey today are positioning the country to become a leading producer of heavy Industrial products as well as consumer goods.

A little while ago, I was looking for a home defense shotgun for my daughter to use. Since she is small statured, I was looking for something in 20 gauge. I was looking for something that would serve more than one purpose. I wanted something that could be also be used for deer hunting and for shooting clay pigeons. While browsing through the stores, I spotted the Mossberg SA20 which is a 20 gauge semi automatic, gas operated shotgun that is available in a number of configurations. I had her try it and it fit her well. I tried it out too and it kept saying; "Take me home". To make a long story short, I bought it.

The SA-20 tactical with pistol grip

The SA-20 All Purpose
The above three images are from Mossberg.com

Mossberg SA-20 Tactical
The SA-20 in the tactical guise weighs a mere six pounds but the gas operated action produces a remarkably soft recoil. The action is very fast and it can be kept on target while pulling the trigger as fast as you can. At 12 yards, it can keep a charge of #3 buckshot in about a ten inch circle. It has a five round magazine and with one in the chamber it can hold six shells of 2 ¾”. The gun is chambered for 2 ¾” and 3” shotgun shells. It comes with a Picatinny rail and an adjustable ghost ring rear sight. The front sight is mounted on a tower and has a fiber optic bead. The Picatinny rail is grooved allowing for unobstructed sighting with the ghost ring. The ghost ring and the Picatinny rail are removable. Other barrels available for the gun are 24”, 26” and 28” with removable chokes and vent ribs. Removing the ghost ring and the rail and replacing the barrel will allow for hunting or shooting clays.
This particular shotgun is made by Armsan of Turkey.

In the box: the shotgun, an operators manual, a couple of safety booklets, a Mossberg branded gun lock, the “duck plug”, the duck plug keeper and four shims that can go between the butt-stock and the receiver to customize the fit of the gun.

The stock and fore-arm are synthetic. The cross-bolt safety is behind the trigger guard and the bolt release button is below the ejection port. Mounted on the magazine cap is a removable tri-rail attachment that has three short Picatinny rail sections (left, below and right) for mounting of accessories like flashlights, etc. I chose the non-pistol grip version so it could be easily adaptable to more standard shotgun sports. The tactical version comes with a 20” barrel and is an un-choked cylinder bore. The gun comes with a removable polymer “duck plug” to restrict the magazine capacity to two rounds. This is required for waterfowling and hunting some bird species. There are also four spacers that go between the receiver and stock. One is to change the cast of the stock and the other three increase the angle of the stock in increments. Standard sling swivels are mounted on the forearm and the butt-stock. The finish is a matte (bead blast) blue. 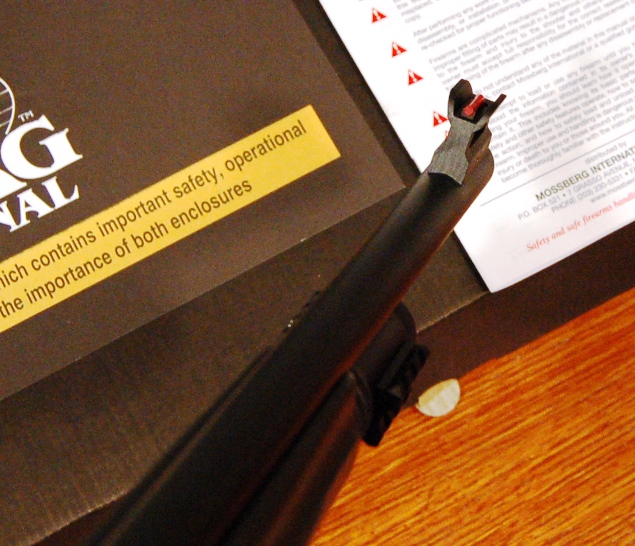 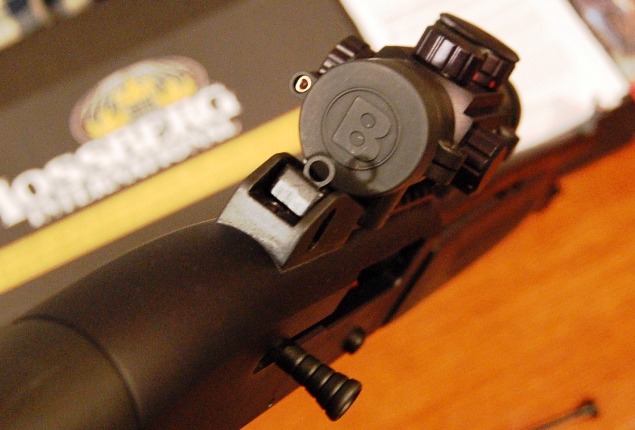 The size compared to the 12 gauge Remington 870.It is, however, significantly slimmer than the 870

Loading:
To load, the bolt handle is pulled back, which causes the bolt to lock to the rear. One shell is inserted through the ejection port and the bolt release button is pushed. Then the magazine can be loaded with five shells. Depressing the safety now allows you to fire one shell every time you press the trigger till the magazine is empty. Any time the bolt is in the forward position, you can replenish the magazine without pushing the bolt release lever.

Operation:
There are two gas ports in the barrel. On firing, these release hot gases into the gas cylinder which is built into the bottom of the barrel. The gas impinges on a free floating gas piston. The piston travels backwards and hits a spring loaded “action sleeve” which then pushes in on the twin action arms. The bolt rides on the twin action arm assembly. When the action arms go backwards, the bolt moves with them, ejecting the empty shell, cocking the hammer and loading another shell into the chamber. The entire gas operated mechanism rides on the outside of the polished magazine tube.
It is a very simple mechanism but I was impressed with the build quality of the shotgun. All parts are metal except for the trigger guard housing, the stock, fore-arm and the fiber optic part of the front sight.

Takedown and cleaning:
Make sure that the bolt is all the way forward. Loosen and remove the magazine tube cap. Slide the forearm off the shotgun. Now, pull the barrel forward and slide the barrel out. The gas piston comes off with the barrel. Pull the bolt handle about a third of the way back and the bolt cocking handle can now be pulled out. This releases the bolt, action arms and the action sleeve. Slide these off the magazine tube assembly and remove the action spring.

The disassembled gun showing all the parts of the gas system

The shotgun taken down showing the gas system (the gas piston is out of the gas chamber here).

Clean the inside of the barrel with a solvent soaked patch wrapped around a brass 20 gauge brush. It may take several patches to get the barrel clean. Follow with a dry patch and then a patch lightly soaked with light oil. Wipe down the magazine tube, action spring, and all other parts with solvent and when all powder residue is gone, wipe with light oil. The gas piston usually needs to be scrubbed with a plastic bristle brush and solvent as the powder gets baked on to it. Put a couple of drops of oil in the gas cylinder and reassemble. I generally wipe down all moving parts with a light oil like Remoil. Remoil usually evaporates away leaving a semi dry coating of lubricant on the parts.
If the trigger assembly needs to be cleaned, knocking out one pin drops the trigger assembly. Spray it liberally with Remoil, wait a few minutes for any residue to soften, spray it again and shake till relatively dry. The only part that seems to get really dirty on this gun is the gas piston, the magazine tube and action spring.

Disassembly Video
The basic action is the same as this shot gun here.
[youtube][/youtube]

Range report:
As mentioned before the gun is a very light recoiling gun. Surprisingly, it handles anything from light 7/8 oz. loads to the high velocity saboted Hornady SST slugs with no issues. When I first shot it had some issues with the low base (steel-base) Winchester 7/8 oz., #8 shot cartridges. Other brands of low base (brass-base) shotshells functioned fine. Mossberg recommends running about a hundred heavier loads through the shotgun before trying the light loads.

At 50 yards the Hornady saboted SST slugs produced about a two inch group with several shots touching. Not being shot out of a rifled barrel will probably make these tumble at longer ranges as they are base heavy. Standard Winchester rifled slugs produced about a four inch group at 50 yards. At 100 yards, the Winchester rifled slugs produced about a six inch group. Remington #3 buckshot produced about a 10 inch group at 12 yards. My only gripe with this shot gun is that the rear ghost ring sight needs to be elevated to the maximum to hit point of aim at 25 yards with slugs. The sight is sturdy, made of steel and protected by two steel ears on each side. However, when elevating the sight to the maximum, the elevating screw gets loose and falls off under recoil. It would have to be replaced with a longer screw. I installed a (inexpensive) Bushnell Trophy red dot sight which seems to be holding up quite well. The red-dot sight mounts low enough that you can still use the iron sights if the battery dies. With both eyes open, the red dot seems to float in space in front of you. All that needs to be done is to put the dot on the target and pull the trigger. The red dot sight uses standard 2032 button batteries that are available everywhere. 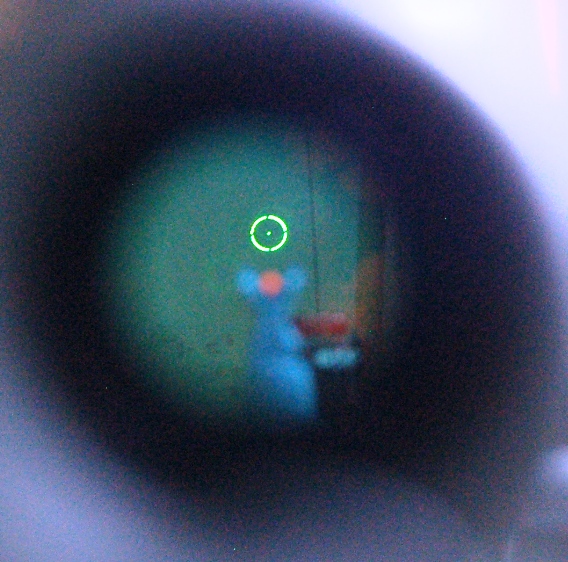 viewing through the red dot sight 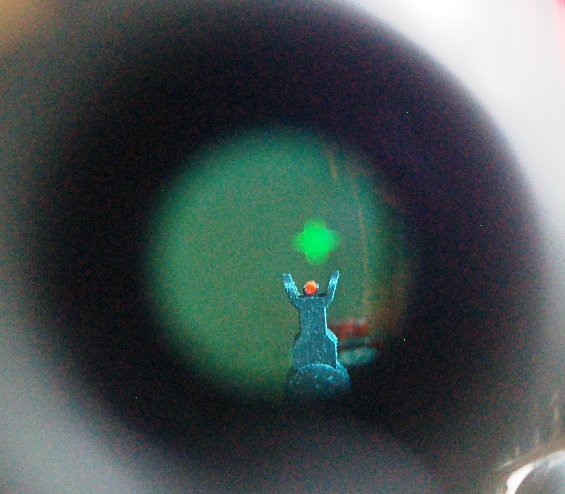 Just before leaving the range, I was curious as to what kind of pattern the light birdshot loads (#8) would produce. I hung a target on a wooden pallet and fired five shots at it from about 10 yards. To my surprise, it totally dismantled the pallet. This was not my intention but it broke through the both sets of boards, leaving the pallet almost in two pieces. At 25 yards, however, the #8 pellets won’t even go through one of the boards.

Conclusions:
I really like this shot gun. Even though I had picked it up intending to let my daughter use it, I decided to keep this one and get her something else. It is a just a blast to shoot and would make a great gun for 3 gun competitions or home defense. In a pinch it could be used for deer hunting; shooting slugs. Choate Machine and Tool makes +2 and +3 shot magazine extensions for this shotgun. To my knowledge, no other accessories are available for it, on the American market.

[youtube][/youtube]
This is one shotgun that you can double tap with, very easily.
Triple Tap? Oh Yeah, no problem.

Shooting multiple rounds in quick succession is just plain fun with this shotgun.